Someone spotted the RomCom actor getting into the exclusive ride in London.

For decades, Ferraris have not only dominated the Formula 1 track, but they’ve also been among the choice supercars among the glitterati. Dwayne “The Rock” Johnson owns a LeFerrari, Ralph Lauren gets around in a 250 GTO, and Kourtney Kardashian escapes paparazzi in her 458 Italia. Then there’s rom-com cinema legend Hugh Grant, seen recently in London doing an errand while driving his Ferrari F12 TDF in a video released Sunday.

Grant’s in a pretty select class when it comes to this type of Ferrari in that only 799 supercars of this model were produced when it rolled out in 2020. This revised version of the classic Berlinetta F12 originally went for more than $600,000, but demand for a pre-owned F12 TDF has spiked to the point where the vehicle’s value is now in the seven-figure range. And no wonder. Grant looks like a million bucks behind the wheel of this silver supercar.

And he doesn’t have to just zip around London to make an impression. If he really wants to hit the road, this F12 TDG can hit 0-60 mph in less than three seconds and can achieve a top speed of 211 mph. That’s all made possible by a naturally-aspirated V12 engine that’s boosted the energy of the Berlinetta up to 770 horsepower and 520 pound-feet of torque.

Performance on this TDF is further accentuated with a seven-speed dual-clutch automatic transmission that’s been upgraded by speeding up the upshifts and downshifts. And Grant can slow things down in style, courtesy of the carbon-ceramic brakes that car buffs can also find on the LeFerrari. And instead of the more common yellow brake calipers, Grant’s gone for ones in black, presumably to go with the silver exterior and the black arc-stripe going across the front.

Crowning those wheels are a set of 275-section tires to complement the aerodynamic design of the exterior. That includes gill-like intakes bookending the grille to smooth out the airflow that would otherwise cause turbulence from the front wheel wells.

But it’s not like Grant really needs those features whenever he has to do a few pickups in London, such as a book he was holding upon returning to his supercar. At the very least, this Ferrari doesn’t look out of place with other vehicles on the street, such as a Ferrari 488 Spider and a Rolls-Royce Cullinan.

Here’s What We Love About The Ferrari F12 Berlinetta

The Ferrari F12 Berlinetta is one of the finest cars to ever emerge from Maranello.

Gene Kosowan has written about everything from celebrities to cars, but especially likes the latter as they’re far less pretentious to interview. 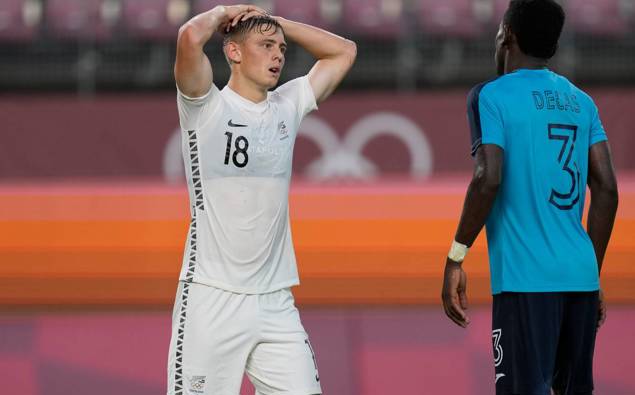